The situation concerning Nadezhda Savchenko: to cry or to laugh? 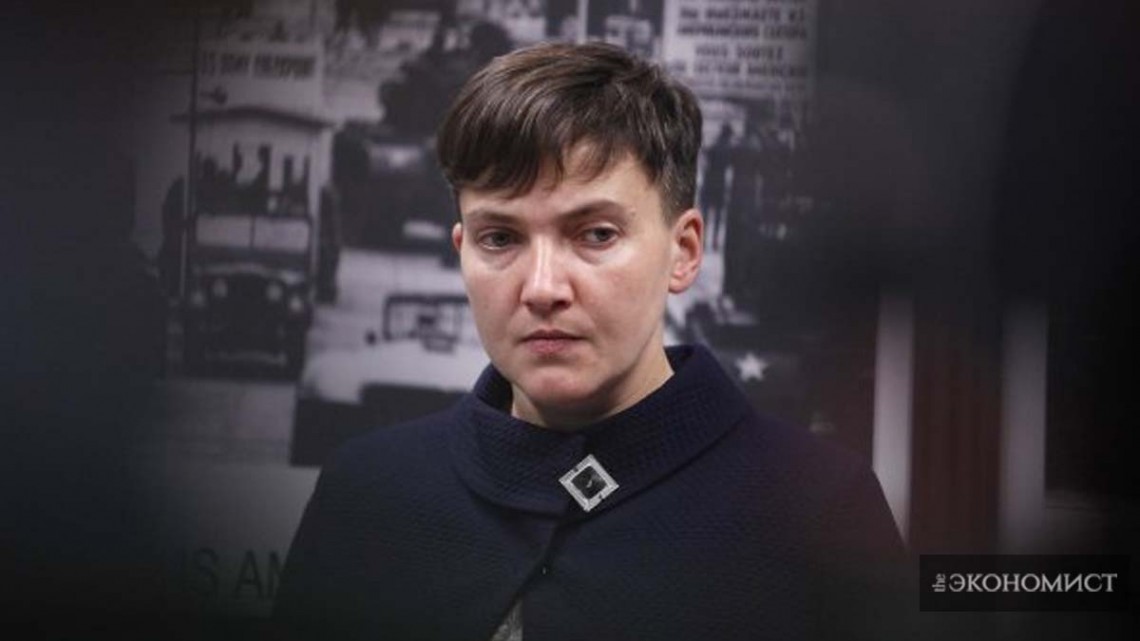 Recently, the entire country witnessed an unprecedented statement of the Prosecutor General of Ukraine, Yuriy Lutsenko, in which the hero of Ukraine, People’s Deputy Nadezhda Savchenko was suspected of her intentions to organize massacres right within the walls of the Verkhovna Rada (the unicameral parliament of Ukraine). «The investigation has irrefutable proofs that Savchenko personally planned, personally recruited, personally gave instructions: how to conduct a terrorist attack here in the Verkhovna Rada hall. With the help of two live grenades to wipe out two parliament lodges, to shoot up the dome of Parliament with mortars, and to beat those, who survived from rifles», — Lutsenko claimed. In my experience, there was still no such statement about any of the deputies in the stands of the Verkhovna Rada.

This event reaffirms that in Ukrainian politics so far, unfortunately, a real mess is going on and the recent hero, whose liberation was almost a separate direction of Ukraine’s domestic and foreign policy, can very quickly turn into an enemy of the people which wanted to kill the people’s representatives right at their workplace. Right out of some Hollywood blockbuster. Yet this is not a movie, but the real situation that happens in politics today. And such events don’t exactly adorn the Ukraine public perception in front of our, primarily, Western partners, who played

However, it cannot be said that there were no rumors about the alleged treason of Savchenko and her connections with the Kremlin before. Certain political forces have spoken about this repeatedly. This became a very interesting topic for discussion in society. There’s nothing to do: people in our country love different conspiracy theories and similar things. A similar situation, by the way, with Saakashvili, but that’s another story.

Of course, it’s important to find out what kind of «irrefutable evidences» exactly the investigation has at the moment and whether they really prove the connection between Savchenko, Moscow and any planned terrorist act. If any – actions against Nadezhda will be well founded. If there isn’t one — then in such case, it is possible to talk about certain political motives. Let’s analyze the opinions of experts on this topic.

«Today, the ruling elite of Ukraine considers Savchenko as a potential and quite serious threat. Although, she is not such a threat, but in the future other oppositional forces can unite with her. If Savchenko is imprisoned, then everyone will just laugh about it. Such a quick change of ideals does not exactly add the positive to the auhoritiea and to Ukraine as a whole. Not so long ago, there were posters «Freedom for Nadezhda Savchenko» in the hall of the Verkhovna Rada, and now she is accused of preparing a terrorist act. The leader of the opposition bloc, Yuri Boyko, expressed an interesting idea on this issue in ether of the News One channel noting that he already sees how similar posters «Freedom for Nadezhda» hang in the State Duma of Russia, because of which, in his opinion, our country will have bad image», — the political scientist of the center «KievStratPro» Andrey Buzarov considers.

It is important to emphasize that Nadezhda Savchenko, despite all sorts of talks around her, still has a fairly high reputation among the public. Moving to opposition, which she did in fact, since she began criticizing the authorities for certain actions in the Donbas, corruption in the defense sphere, on smuggling in the ATO zone (Anti-Terrorist Operation Zone) and many others, she really became one of the threats in the process of preparing for the upcoming elections. Therefore, Therefore, the probability of a scenario for eliminating a potential competitor, one of the possible opposition leaders, cannot be ruled out.

«It should be noted that in connection with the preparations for the new elections and a significant increase of temperature, I would even say with the tension in domestic politics, the authorities are afraid of such people as Savchenko and will react accordingly. On the other hand, everything what is happening in the Savchenko case, starting with, to say gently, very unusual statement by the Prosecutor General, it’s more like a circus or a show than a serious and professional politics. It’s a pity that these are our realities today from which the whole world laughs. Personally, I think that the participants of such shows are not worthy of the honor to run such a large country with a huge economic potential, like Ukraine», said Alla Shlapak, the head of the social organization «Social Justice».

«Politics really uses the work of law enforcement agencies to its advantage. It is prohibited by law, since law enforcement agencies should not be politicized … If, for example, a year ago, Mosychuk was deprived of his mandate and detained right in the hall for 100,000 UAH of bribe, which is a serious crime for the official, then, accordingly, this Prosecutor General’s suspicion, announced with regard to Savchenko, is a particularly serious crime, because it’s life and health of citizens. So why in this case they have not done the same in the accelerated procedure with detention right in the hall of the Verkhovna Rada? Instead, simply a statement was made, essentially warning the whole network of accomplices, if Savchenko had such? This is strange, at least, and this process cannot be called professional and independent investigation. It brings to question about his motives and so on», — commented the Advisor to the Head of the political party «Reasonable Force», Honored Lawyer of Ukraine Grigoriy Mamka.

In any case, while all the existing information about the Savchenko case, to a large extent, it’s just the Prosecutor General’s statement itself and many theories about how this can really be. It’s still early to judge. We will wait for further developments and disclosure of the existing evidence to the public.

It should be reminded that the earliest event on this topic – consideration of submissions for criminal prosecution detention and arrest of People’s Deputy Nadezhda Savchenko at the Parliamentary Committee meeting on the Regulations and Organization of Work of the Verkhovna Rada, at 8:30 on March 22, 2018.