The pressure from law-enforcement apparatus: what more experience is business? 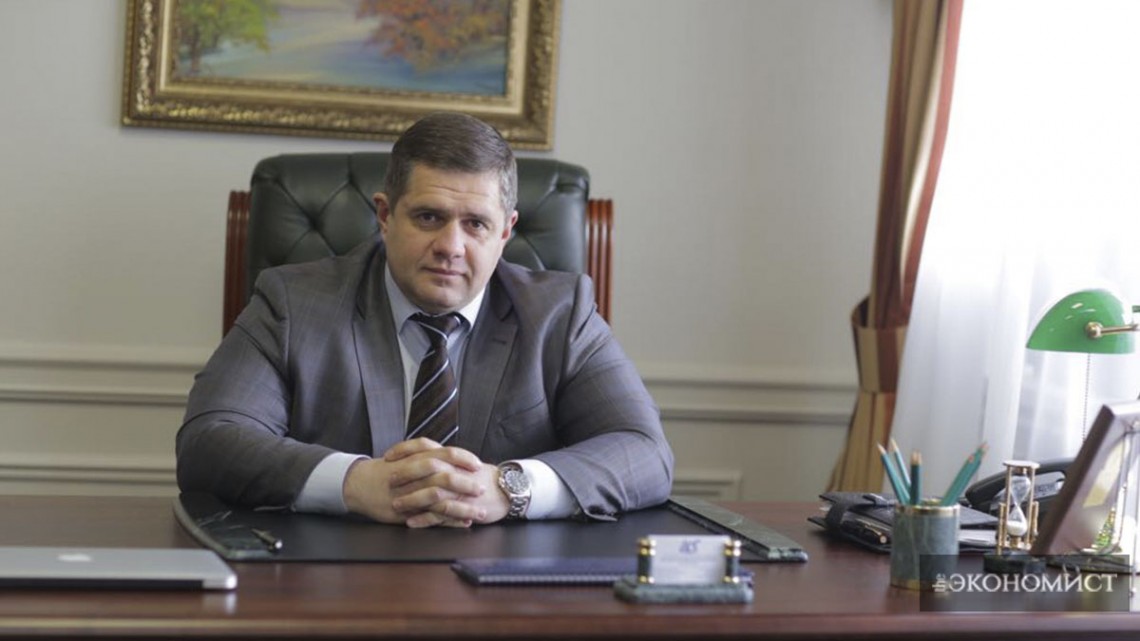 INTERVIEW WITH THE LAWYER COMPANY «LEGAL AND ECONOMIC SAFETY», THE LAWYER MAXIM YANUSHEWSKY

Comfortable conditions for conducting business, or in other words — a high-quality business climate in the country is the basis of a thriving market economy. And although from the high tribunes repeatedly sounded statements about its significant improvement, in practice, unfortunately, it is still not as good as it would be desirable. In particular, we are talking about the unfair work of law enforcement and fiscal authorities, where the use of office and corruption are still elements of everyday life.

How long will business in Ukraine be forced to adapt to these difficulties, what is the essence of the problem and what changes to the tax code to wait for entrepreneurs in 2018 — have found out with the ex-head of the structural subdivision of the tax militia of Kyiv, nowadays — a human rights defender, founder of the legal Legal and Economic Security Company Maxim Yanushevsky.

— MR. MAXIM, SEND, ONCE THE PRIVATE ENTERPRISES HAVE RESPOND TO THE PRESSURE OF THE PRICING ON BUSINESS ENTREPRENEURIAL ACTIVITY FROM THE LEGAL AND CONTROLLING AUTHORITIES?

— Recently, very often. Especially after the commissioning of the Ministry of Finance of Ukraine No. 567 dated June 13, 2017 «On Approval of Criteria for Assessing the Risk Level Sufficient to Stop the Registration of a Tax Bill» was introduced from July 1, 2017. This blocking algorithm was designed to make it impossible to operate and operate so-called «tax holes», but due to the imperfection of the system itself, tax invoices were blocked in most cases in the real sector of the economy. For example — the enterprise carries out transportation, according to the scheme of work the enterprise buys fuel, spare parts, services of repair of vehicles, and realizes services for transportation of goods or passengers. The system automatically blocks the registration of tax invoices in connection with the so-called «re-sorted goods». Or the construction company buys building materials, and sells square meters, it is also a re-stock of the goods and as a result the automatic blocking. And there are thousands of such examples. What we got as a result of the work of this system:

RESULTS OF THE WORK OF THE BLOCKING SYSTEM OF TAX APPLICABLE:

1) so-called «conversion centers» both worked and continue to work, because their organizers skillfully manipulate the codes of goods and services, which enables them to avoid blocking tax invoices;

2) the enterprises of the real sector partially or completely stop their work due to the impossibility of settlements with suppliers and customers. As a result, the state will not receive significant amounts of taxes;

3) the fiscal service is compelled to create in the regions and central apparatus working groups for consideration of complaints of entrepreneurs on the above-mentioned questions, thus distracting their employees from performing their main work.

The question arises — what is the economic effect of the system of blocking tax invoices and who needs it?

— WHICH BUSINESS IT RELATES MORE: GREAT, MEDIUM OR SMALL?

The example I mentioned applies to all enterprises that are subject to VAT, regardless of their ownership or financial and economic performance. In other cases, more and more large and medium-sized businesses are in the sight of law enforcement, but average business is affected by their actions, as large enterprises, holdings, corporations tend to have a good lobby in the Cabinet of Ministers, the Verkhovna Rada, etc., and also a large staff of highly qualified lawyers.

— In our country, and not only in ours, it happened that with the business, because of their functional responsibilities, most of the employees of the State fiscal service are in contact, therefore, there is more misunderstanding between business and DFSU than with other law enforcement agencies. I want to emphasize — it is the misunderstanding, not the facts of pressure on business. For if an enterprise uses its services of «conversion centers», centers for the minimization of customs payments or smuggled import schemes, etc., and these facts are properly documented by the relevant departments of the State Fiscal Service, then in this case, no pressure there can be no language for business. The use of the above schemes is the commission of a crime for which such persons should be held criminally liable.

But unfortunately there is a large number of examples where law enforcement and controlling authorities exceed their powers, I will list a few of them:

— The violations set forth in the documentary verification act are not true, the facts set forth by the auditors are not documented properly and are in line with the tax code, the arguments provided by the representatives of the enterprise are not taken into account. Subsequently, the verification materials are entered into a single register of pre-trial investigation, without waiting for the results of the court appeal.

— In criminal proceedings, investigatory actions (interrogations, searches, initiation of unscheduled documentary checks, etc.) are conducted in relation to officials of enterprises that have nothing to do with this criminal proceeding. And such gross violations of the law take place not only from the DFS employees, but also by the Ministry of Internal Affairs, the SBU and the Prosecutor’s Office of Ukraine.

— WHAT EXACTLY WAS THE PRESSURE FROM LAW ENFORCEMENT APPARATUS??

— The most widespread cases are the case of an investigation into the criminal proceedings on the fact of tax evasion by the enterprise «A», which in turn transferred funds to the company with signs of fictitiousness. Meanwhile, the investigator begins to send inquiries in accordance with Art. 93 CPC of Ukraine on all contractors of the enterprise «A», which do not have any relation to this operation, causes the heads of the companies of the counteragents to interrogate, holds in them a slot of documents, and sometimes searches. Or investigations are being conducted against employees of the enterprise «C», suspicion is not given to the head of the enterprise and it is not known whether it will be awarded at all, and the investigator will forward letters to the institutions and organizations involved in licensing or issuance of permits to the head of the company in advance. This enterprise is suspected of committing a crime.

Also, there are not isolated facts when the company was registered on the territory of Donetsk or Lugansk region by 2014, and with the beginning of the ATO it became a controlled territory of Ukraine, or in general it was re-registered to another area of ​​our state — with regard to such enterprises, units of the SBU unreasonably sent letters to the State Financial Monitoring Ukraine regarding their involvement in the financing of terrorism. As a result, DFMU blocks operations on bank accounts for 30 days, which actually makes it impossible for the company to operate.

— How often do toll inspections be carried out at enterprises? WHAT IS THE MAIN CAUSE OF DE-FACT AND DE-YUR?

— According to the tax code, control bodies have the right to carry out camera, documentary (scheduled and unscheduled) inspections. The frequency of unscheduled inspections depends on the financial and economic activity of the enterprise and, let’s say, the «tax discipline».

There are a number of circumstances in which there are unscheduled documentary checks, namely: applications for VAT refunds from the budget, late submission of tax returns, revealing of unreliability of data in the tax return, and many other circumstances, which are set forth in the tax code, and they are not worth repeating. As well as unscheduled documentary checks are carried out in the presence of a court decision to appoint such an inspection.

— HOW OFTEN DO ENTERPRISES FACE A BARRIER TO ECONOMIC ACTIVITY BY PUBLIC AUTHORITIES? WHAT ARE THESE BARRIERS?

— Barriers to business activity are most encountered by enterprises whose activities are subject to licensing or issuance of individual permits. As an example, I can cite the situation that occurred with one of the Kiev enterprises when obtaining a license for the manufacture of alcoholic beverages. At the end of March last year, officials applied to the appropriate controlling body with the required package of documents for obtaining this license. In April-May of the same year, several inspections were carried out at the production site for compliance with the norms — violations were not established. Despite the fact that all documents for obtaining a license were in place, production complied with licensing requirements, the enterprise could only obtain its license in November, and then under pressure from lawyers’ appeals and complaints.

— WHY, IN MOST CRITICAL ISSUES, WERE SOLVING SUCH PROBLEM SITUATIONS?

— Unfortunately, in our country business is accustomed to solving its problems corruptly or through lobbying through high-level officials of different levels, deputies, law-enforcement agencies and other persons who can influence such processes. A small part of entrepreneurs has set up a legal solution to the problems, although in the last few years this tendency has changed a little.

— WHAT DO YOU WILL DO TO ACT BUSINESS MANAGERS IF THEY ARE DISTINCT TO BUSINESS REDUCED IN OUR PROBLEM?

— My recommendation is exclusively legal. Perhaps the corrupt path seems more effective and reliable to someone, but one should not forget that the responsibility for receiving unlawful benefits and for unlawful benefits is practically the same. Both the first and the second is a grave crime.

— 2017, and especially its second half, was very fruitful among our lawmakers. A number of changes have been made to the criminal, criminal-procedural codes, amendments to the Law of Ukraine «On court fee», amendments to the Code of Administrative Legal Proceedings of Ukraine.

These and other innovations that came into force in late 2017 are scheduled to be discussed during a round table discussion on «Fiscal Pressure on Business. Problems and ways of their solution «, which will be held on February 15, 2018 at the Chamber of Commerce and Industry of Ukraine on the initiative of the law firm» Legal and Economic Security «.