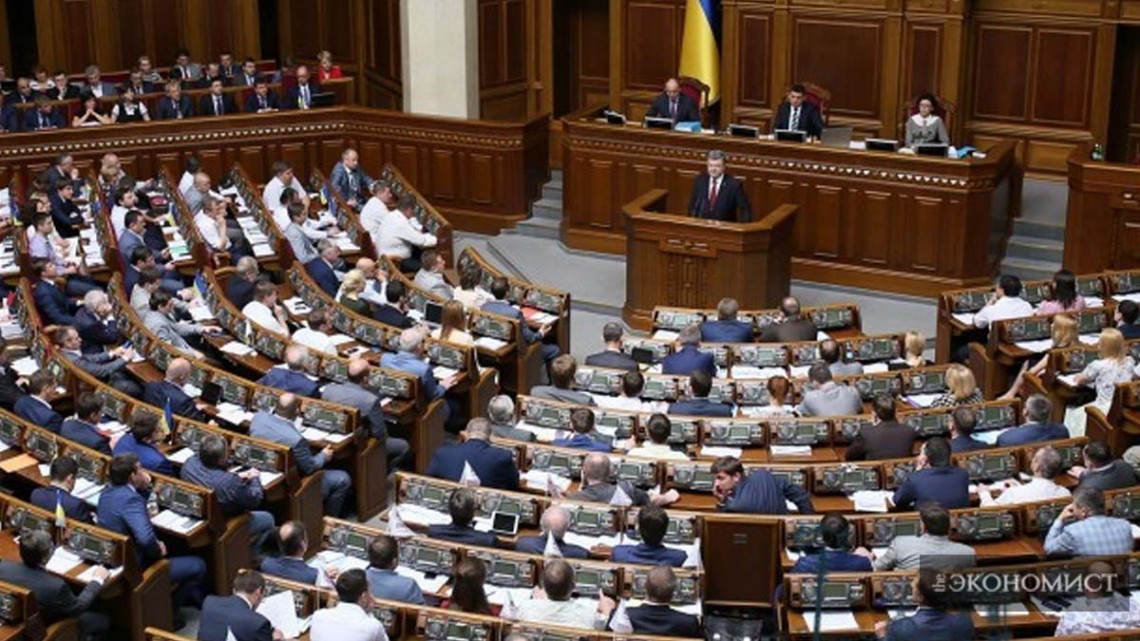 The need for new faces in Ukrainian politics has always existed since our independence, and not only new faces but also an ideology, reform programs and specific actions. It happened due to the citizens` disappointment about the so-called «new» politicians in the system, who came to power with different and mostly populist slogans and used people’s trust and hope for a better future and real changes in the country. After the electoral victory, they almost immediately forgot about all their promises and began to do everything but not protecting the state and public interests. This problem has been there for years in every election. Unjustified hope that was reposed in the Ukrainian Euro-optimists after the Revolution of Dignity became the last disappointment. All of this greatly bothered Ukrainians and created a real need for the renewal of the state authority and the political pool. Many social polls confirm this fact.

Thus, there was a public discussion between the leaders of quite young political parties Yevgeny Muraev (Party «Za zhyttia») and Vitaliy Skotsyk («Agrarian Party») together with the acting deputies of both pro-government and opposition political parties on March 28, on the TV channel «News One» within the talk show «Ukrainian format». As part of this discussion, the audience was asked the following question: are you ready to entrust new political faces with the fate of the country. Two options were offered: 1) Yes, those who were already in power disappointed us; 2) No, the new does not mean better. 84% of the audience voted for the first option (from the total number of 24,000 participants).

This is the majority of those who are waiting for a power renewal exactly by advent to it completely new political forces.

At the same time, the question arises whether today’s electoral system is capable of bringing to power not just new parties, but completely new, those political forces that will actually work on providing state rather than their own mercantile interests. Vitaliy Skotsyk, the leader of the «Agrarian Party» on the question of changing the electoral law, answered that «elections are still one and a half year away. We can really change the system of state governance in a qualitative way and in the way people want it — to bring more than 80% of new faces. And how can we do this — just by changing the electoral law. In whose hands it is — in the hands of the present Verkhovna Rada», — stated Skotsyk on the air of the «Ukrainian format».

Most political parties in the parliament are also talking about renewal, but no specific programs and names have been suggested so far. There are misdoubts that those who are silent can vote for politicians without experience and skills. Smattering cannot be tolerated.

However, there is no certainty whether the electoral law will be properly amended. Several draft laws on amendments were registered by various political factions in the Verkhovna Rada, at the end of last year. And these draft laws differ from each other. Western partners and allies of Ukraine repeatedly spoke and even insisted on changing the electoral legislation, but nothing has changed — the authorities are not interested in changing the rules of the game for the election, because the reelection will be impossible.

What exactly will change and how, whether the door for new faces and parties will be more widely open? This matter doesn’t end.

At the same time, electoral legislation is not a panacea for all the misfortunes. The problem of the objectivity of the choice of Ukrainian citizens remains as well as the question of their conscious and most serious attitude to the elections. Everyone understands that it is a question of the practice of selling one`s vote or voting without awarness, or even it is a question of negelecting the importance of the electoral process in general. The First President of Ukraine L.Kravchuk at the conference «The Way to Economic Progress of Ukraine», March 29, noted the following: «As long as the Ukrainians will vote in return for «buckwheat «, as long as the youth will not go to the elections, and today only 30% of young people take part in the voting process in Kiev, until that time there will be no order in the state». And this is hard to disagree with.

In any case, we wait for a very interesting year of political struggle. All political forces, including the new ones, have enough time to raise their ratings and increase their chances of overcoming the lowest passing barrier to the Verkhovna Rada of Ukraine.

It is possible that during this period the country may also see a new face among the candidates for the presidential election. Let’s think of the experience of France. Who spoke about E.Macron before the election campaign? Nevertheless, this person has become president of the country today and one of the key players at the international scene.

Finally, we will hope that our society will be ready for these elections (both parliamentary and presidential). We are observing the course of events onward.