Grigoriy Mamka: caste of untouchables, will be the end of epope? 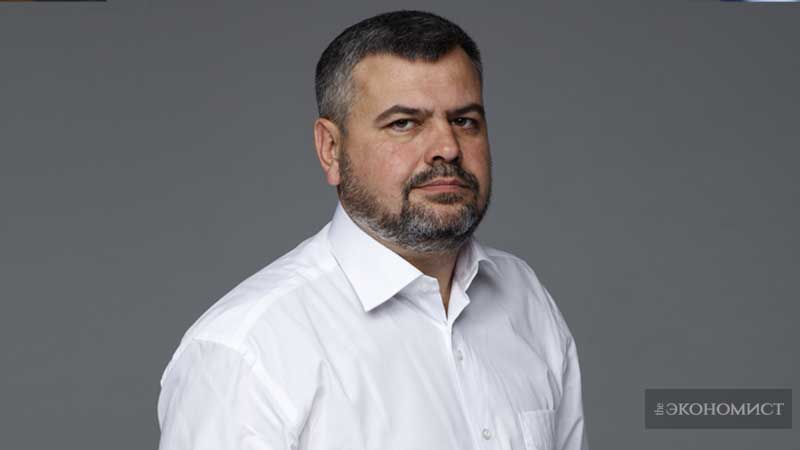 When the last two weeks the country was «fed» with a spectacle with the removal of parliamentary immunity, the thought was only one — how short-lived is human memory! Although that is not entirely accurate. Apparently, politicians think that voters do not remember anything. That’s why they arrange such shows. In fact, everyone knows well — all the political forces that have ever been elected to parliament have promised to remove parliamentary immunity. And only now, becoming parliamentary factions and groups, they cynically manipulate reality.

ALL PROMISE THE SAME

If any deputy in the district asks for «pros» or «against» him immunity, the answer will be unequivocal — «against». Because, with the voters, especially on the eve of the election, everyone is well aware of the public opinion. She is the only true one: parliamentary immunity is a rudiment that is impossible in a democratic society. But they vote in the status of a deputy already on the basis of completely different logic.

Each time, the same political forces come to the Verkhovna Rada, despite the fact that the country has already experienced two Maidans, one of which was bloody. But political logic does not change in separate issues. Remember, the removal of inviolability was promised by all — and those who turned into political oblivion, and those who are at the Olympus today… But is it necessary to believe in a «new person», for example, Mikheil Saakashvili, who is now meeting rallies before the Rada demanding the removal of immunity? What will be his position, when he (suppose a miracle happens) will come with his political force in the Rad? It is not difficult to guess.

WHO IS RESPONSIBLE FOR THE FAILURE?

On the other hand, politicians are well aware of the public opinion about the existence of a caste of inviolability. Therefore, cynically, for the sake of the self-starter, they try to remove parliamentary immunity at least in part. According to some political scientists, General Prosecutor Yuriy Lutsenko has already turned into a «Prosecutor of the Council». The desire to publicly remove immunity from as many as possible deputies outweighs the professional need for gathering evidence. With a more thorough approach, the General Prosecutor’s Office could achieve a positive result in all submissions, and not only in three out of five. It would be better to gather the evidence base, as was the case with the deputies of Rosenblatt and Polyakov. The other side of the medal is the responsibility of law enforcement officers. If, suppose, tomorrow their allegations can be thrown over to any deputy — immunity for purely political (and not legal) motives will be lifted, but in the trial all allegations will be unfounded. What then? Who will bear the POLITICAL LIABILITY for all this show and abuse of reputation? In any Western, legal state — all political responsibility at the General Prosecutor, legal — at the investigator. You did not cope with your work — retire and answer the Law.

Apart from the fact that attempts at partial removal of deputy immunity look comically outward, they are also destructive for the legal system itself. Recall the epic with the meetings of the Regulatory Committee. What is this court within the Rada, among its own and for its own? How can deputies decide themselves — are there enough evidence from the General Prosecutor’s Office to remove immunity or not? They are neither law enforcers nor, sometimes, even lawyers, or even more so by a court that is the only one in a legal state to have the right to decide who is to blame and who is not.

On the other hand, the selectivity of the parliament in voting for the removal of immunity is not accidental. Those two deputies left unharmed, whose accusations were based on illegal enrichment. Rada do not need such precedents, otherwise there may be too many people under the threat of the following appeals from the GPO. The General Prosecutor’s Office should realize this and not make such mistakes in the future, but look for real evidence for the desired result.

HOW TO REMOVE CLOSED CIRCLE?

The country is plunged into corruption. I wonder where the illegal business will go to avoid liability? Of course, to the intact. The very existence of immunity contributes to and generates corruption. Deputies will always be offered illegal business schemes, even if they have not created them themselves. The offender agrees to pay any money to be able to retrieve them again and again. And here’s the opportunity!

The waiver of parliamentary immunity must be complete and irrevocable. Last week, «Samopomich» announced the registration of a bill, which seems to simplify the removal of immunity from a deputy in the case of submission of the Prosecutor General’s Office. This is nothing more than a self-portrait, or just a sharpening. What is the purpose of legislatively simplifying the procedure, if in the Rada, on the statements of the same «Samopomich» repeatedly violated the rules? No simplification will yield a result if the procedure is still governed by people’s deputies. Undoubtedly, they will find more and more opportunities to delay the procedure.

Even more insulting are attempts to justify the existence of inviolability of the recommendations of the Venice Commission or PACE, which are proclaimed by separate deputies. It seems that in countries with imperfect democracy, inviolability must be. Not understanding this (or understanding), these deputies themselves leave the country at that level of development of democracy, in which, in their opinion, it is now. And do not give her a chance to go to another level. Is it possible for them to benefit from such a level of democracy, in which the one who went to the Rada has the ability to steal and illegally enrich? But this level is not beneficial for the whole country.

The General Prosecutor promised to return to the Verkhovna Rada with a large number of new appeals to people’s deputies. Most likely, we will be waiting for new and new series of «soap opera» with the removal of parliamentary immunity. Who do they need? Is it to the deputies themselves to justify their inaction in other matters.

The bill on the abolition of parliamentary immunity has recently been introduced by the President. However, deputies will not vote for him. Moreover, neither this nor the next convocations. Too sweet is the inviolability, tried to taste. The exit from a closed circle, in which the suspects decide the fate of the suspects themselves, can only be a nationwide referendum, none of which has ever happened since the proclamation of Independence. Or the coming to parliament is a really new and truly popular political force. Moreover, in that parliament, which does not reach the chair for anyone from the old.