The Ministry of Internal Affairs experimets and appetites 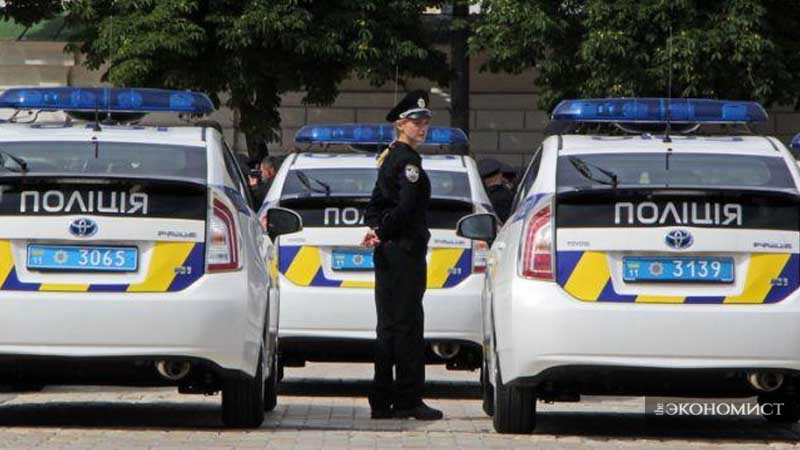 Every time I read about the «experiments» scope, that we are promised in the police system, Ostap Bender’s quotation from the  «12 chairs» novel always comes to mind. «I suggest, you should organize an international chess tournament in Vasyuki. Сhess enthusiasts will come from all over the world to attend a tournament. Hundreds of thousands of, well-to-do people, will head for Vasyuki. So the Ministry of Railways will have to build a main line from Moscow to Vasyuki. Another step is, hotels and skyscrapers to accommodate the visitors. The building for the actual tournament, an extra-high power radio, a ‘Greater Vasyuki’ airport with regular nights by planes to all parts of the globe, including Los Angeles and Melbourne are the next steps.»

The leaderships of the Ministry of Internal Affairs and its advisers are showing such a scope, a flight of thought and fantasy, in the announcements of «innovations» and the funding requirements to them, which would be envied by even the Bender himself.

It took more than two years from the start of «police reform». Either they will declare that the video and photo fixation of violations of traffic rules needs to 1 billion hryvnias. Or they will say that the cameras are already working. Or later — no, video fixing is not yet in the priority (!)  http://autonews.autoua.net/novosti/15442-avakov-ob-avtofiksacii-narushenij-pdd-sejchas-eto-ne-samyj-vazhnyj-moment.html

The National Police head keeps up with announcements. He said that from June 1, the experiment to set up the position of police detectives in 7 areas is launched. According to Knyazev, 85-90% of the police department employees are transferred to the status of an investigator and are engaged exclusively in detective work. The rest of the employees are allegedly engaged in intelligence work, operational matters, search and identification of corpses. Interim results are promised to inform the society in August. But » things haven’t budged an inch «. And the legalisation of the «detective» status is forgotten. Indeed, why? Because the very «main» thing is to create an information guide — to make a statement.

And there was another public relations with the traffic police. Remember, we were promised it back in 2015? https://ru.tsn.ua/ukrayina/novaya-policiya-skoro-poyavitsya-esche-v-vosmi-gorodah-avakov-473919.html

«A little more and we will launch it on the Zhitomir highway, then on other routes, and then all roads of Ukraine will be provided with new Mitsubishi,» — something like this was strongly discussed by all the media that published quotes of the police leadership. As a result, because of the terrible patrol police staff shortage, the other staff members were sent to the roads, without cameras, without radar, and even without the knowledge of traffic rules.

At the same time, The Ministry of Internal Affairs of Ukraine asks, or even demands the budget financing, with enviable persistence. Here is a small retrospective of the Ministry’s «appetite» over the last 2 years.

— July 2016 – the Head of the National Police Dekanoidze argues that they don’t known when the reform will be completed, but for «happiness» they need another 200 million hryvnias. http://ua.korrespondent.net/ukraine/3707294-na-reformu-mvs-potribno-sche-200-milioniv

— In the same July 2016 Interior Minister Avakov refutes Dekanoidze: much more is required from the state – another 2 billion hryvnias! https://dt.ua/ECONOMICS/mvs-potrebuye-2-mlrd-grn-dlya-zavershennya-richnoyi-programi-reformi-nacpoliciyi-212977_.html

— During the Eurovision in Kiev — The Ministry of Internal Affairs of Ukraine is demanding money again.  Now they need an additional 45 million hryvnias. http://ua.interfax.com.ua/news/general/417811.html

— Approval period for the state budget 2017. The record 42 billion hryvnias are allocated to the Ministry of Internal Affairs of Ukraine. But they are outraged with insufficiecy. «We need 130 billion hryvnia,» — says Avakov Advisor — Martynenko. As a result, they receive — 53 billion hryvnias and remains quite satisfied. http://konkurent.in.ua/news/ukrayina/8677/finansuvannya-mvs-na-2017-rik-nedostatnye-radnik-ministra—.html

— The current period of the state budget approval for 2018. The Cabinet promises to allocate 63 billion hryvnias, that we pay to the budget, for The Ministry of Internal Affairs of Ukraine. http://glavcom.ua/economics/finances/derzhbyudzhet-2018-finansuvati-kosmos-deshevshe-nizh-poroshenka-437940.html But the minister doesn’t happy again and makes a statement — give the another 98 million hryvnas to the State Emergency Service. After all, they are such a good fellows, they are so good at their tasks, but they would have more money. http://mvs.gov.ua/ru/news/10307_Arsen_Avakov_V_byudzhet_na_2018_god_neobhodimo_zalozhit_sredstva_na_modernizaciyu_GSCHS_FOTO_.htm

As you can see in the public media can be found  a significant number of requests from the police and The Ministry of Internal Affairs to finance them. But there is only one question: WHERE ARE THE REPORTS FOR WASTED STATE FINANCING ?! When the Ukrainian society will see where its money goes? In the meantime, we can see only unprofessional patrolmen and their broken cars, a wave of violence and crime, chaos on the roads, the unprofessional work of the State Emergency Service for preventing a children’s camp tragedies and so on.

About a week ago — the announcement of another «experiment». The Minister through the Facebook informed: it is launched a pilot project «Creating an effective police office model on the basis of the Holosiivskyi district police department in Kiev.» At the expense of the state budget and $ 3.5 million financial aid from the United States. It is going to be allegedly a police competence contest in all key positions, that consists of a special course of training and workshops for all the police members in the area. A service-based requalification of policemen of the Goloseevsky administration will include: training courses on special topics: crisis management; leadership foundations; management; human rights; community police! (I guess, it would be better to learn the criminal process and the Criminal Code instead). Video fixing system and transparent partitions will provide video and audio fixation in the office, promises Avakov. To keep no hint of the old image of the regional administration, they are going to make an expensive renovation.

There is a number of quite pragmatic questions after those promised «innovations»:

— how much budget money will go to the expensive repairs, announced before, purchase of new-fashioned office equipment, installation of expensive software, transparent partitions and video fixing?

— how many companies will be select as a contractor for expensive repairs? Or, can we hope their tender selection will be held with video fixation?

— is there any chance for society to see the financial report for the millions of dollars that were spent on the another «experiment»?

The harsh reality, is that only a few rooms are on the balance of the Ministry of Internal Affairs in Kiev. The rest of the district offices are rented. All district offices are suffered of the debts for telephone, Internet, and other Institutionalizing facilities. Copier paper and offices reparation are still carry out by staff memebers themselves. Material security  as a wage level are in a bad situation. The impression is that the current police has two realities:  Avakov deputy — the 24-year-old Deeva has the salary of more than 2 thousand dollars, while the average investigator who runs up to 1,000 criminal cases — 400 dollars. Staff shortage has already reached 40% in the police.

In such «experiments» all the current police. And yes, they know how to operate such a situations —  to do another public relation step and once again let the state and society cloud their eyes.  Even the loyal police reform analysts increasingly acknowledge: «The actions of the patrol police don’t have any law enforcement function, but are more like a crisis relief agency.» A sort of the Boy Scouts prototype. Especially evident,the helplessness of law enforcement in situations with the investigation of crimes, including resonance ones. Then how to save the reforms image. And how long can you stand the public relations and beautiful promises? Now remember the Bender story conclusion in «12 chairs», after promises about New Vasyuki…