Ukraine: equal one among the equal. Is it possible? 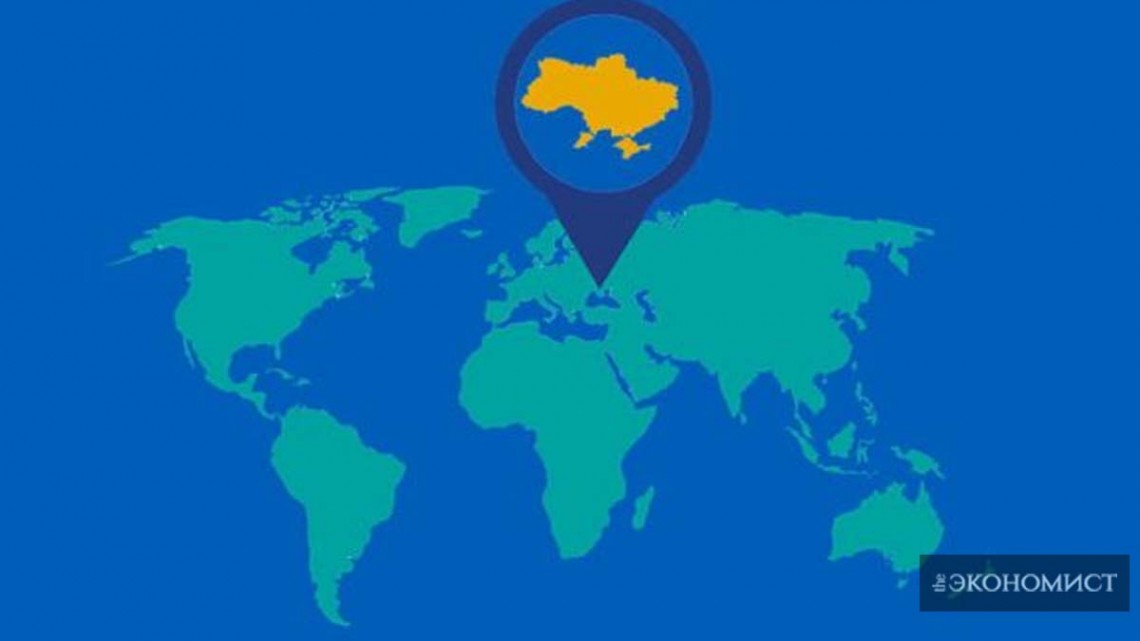 Ukrainian political elite is falling through the cracks at enormous speed and drags the country down,  instead of working on an algorithm of finding the way out of the national and international deadlock. Only one algorithm has been existing in politicians’ minds (both the authority and the political opposition) for 26 years: to create another regular political project for an election, to draw another regular new logo, to promise more commitments and, finally, to win an election. Misbalanced electorate, whose members do not understand what is actually going on and when is it going to end, with whom none of the politicians talks honestly and clear. This electorate makes a choice at random as usual. Here comes the expected “hangover” after an election. The Ukrainians are delirious at true new faces, not at their foreign or cheap copies.

How to break the vicious circle? Alternatively, should we expect the emergence of a new ideology, which is going to lead Ukraine out of the continuous crisis? What is a genuine Ukrainian centrism, which can give a chance to our country? This is what Georgiy Mamka, an honored lawyer, is thinking on in his opinion pieces.

More than a year left to presidential and legislative elections. Old parties feel the forthcoming fall of their own ratings. That is why they start thinking about rehabilitation of their faces. What else to invent in order to “propose” themselves to the electorate again?

One can find more and more requests from the authority about the need to create a centrist party in newspapers. Ostensibly, let us mix: the old and the new, let us mix and call ourselves with a new name. Let us say we are the centrist. They think it is enough. However, the Euroskepticims in people’s minds has been growing, the informational campaign against IMF has been spreading. The main objective of this campaign is to frighten the Ukrainians with prices for gas upon the request of IMF. The truth is that the crucial point is a request by IMF to establish the Anti-Corruption Court, which is not integrated into authority’s plans (at least before the election)

Therefore, I suppose that we need to outline clearly the typical features of centrism politics, moreover, the Ukrainian centrism, which I have already mentioned before. Meanwhile, I hope these theses will not be thoughtlessly copied in somebody’s political programme.

The formula of success in Ukraine for the nearest 5 years has to consist of the following:

Let us consider the details.

No one needs us, the world has been changing so rapidly, let alone caring the Ukrainian needs. Everyone has the own geopolitical strategies and interests. It is time to understand that these is only us who need ourselves and we have to learn how to protect our interests, using all possible methods: diplomatic, military and economic ones.

Now we are actually coping so-called other countries’ “road maps”  and we are calling it “the reform”, although these “reforms” have already lead to impasse some countries in the West. The Ukrainians have to figure out one thing: the world has been changing that fast, that there is no way to find the ready-made recipes or instructions for export.

The main point is our Ukrainian interests regarding international relations, economy, industry and culture.

Having the “geopolitical curse” and always being on the verge of geopolitical spheres interests between the East and the West, Ukraine has a chance to keep its independence only in one occasion. This occasion is creating “the military neutrality” in future. The key point here is constantly combat ready and strong-arm forces.

“Military neutrality” means keeping neutral position being ready regarding the military action by any country. It is based on the main “porcupine principle” : we need to curl up and seem ready in case of any danger. In other words, we have to provide to circumstances, which will harm an aggressor as much as possible.

We have to become a kind of “bridge” between the West and the East. The transit traffic from this ”bridge” is one of the income sources in Ukraine. If there is no transit traffic – there is no income, few politicians realize that and declare their opinion from the point of view of Ukrainian centrism, not thinly veiled playing along with Russia.

We have been remaining a colony. A colony is a country, where resources are drained as much as possible. Population in colonies has high mortality rate and is very poor.  A colonized country specializes in unfavorable (for itself) trade: e.g. the export of raw materials and the import of products of high value-added products. That is what Ukraine has been doing: amber, grain, roundwood (round logs), minerals.

We still keep on borrowing to give back what we have already loaned. The politicians’ campaign for anti-IMF, but at that time, they are looking around where they can take another credit. Owed living is a vicious circle, which they are not able to break.  We have been handing out pubic property to the right and left to monopoly for 26 years. The authority had created them itself. For instance, let us consider “Ukrtelecom”, which is a telecommunication company and “Naftogas” (OilGas), which is a government company for gas and oil production, transportation, processing. The conditional runner-up according to the strength of exclusionary conduct are natural gas monopoly, oil and gas pipelines. Electric, heating, water supply systems and chains etc.

Our economy has converted into corruption and monopoly. We do not understand what our country owns, what assets it has. Therefore, the main principle of any crisis management in business is audit and revision first, then business-plan, finally, there is work. A state works absolutely the same.

The authorities has been discussing holding of privatization. The West does not hurry up much. We do not understand what will be sold and how much it will cost. We want to lift the moratorium on land but we did not manage to inventory land.

The key point is a global audit of state resources and land inventory. State business is the main corruption sector as well as the land frauds.

Next step is a clever analysis of what we sell, to who and regulating which rules. The one, who read the new draft law regarding privatization, understands that it is not a panacea, but it is directed to create a rapid fast sail with comfortable conditions.

Moving further, we should point out that the centrism economy crucial basis is the item considering all resources to be converted into its brinks and the government should stimulate it as much as possible. The reason why is goods always cost 100 times more than raw material. Consequently, the foreign goods ought to be incomplete for import and should be completed inside the country. So that the Ukrainians get a chance to earn money. What is more: it would be even better to stimulate the own production at the own territory. The economic strategy has to be completely like that.

-the government concentrates its work on search of abilities for the value orders increasing for domestic goods producers’ output.

-the creation of State development bank, whose main objective is preferential lending of investment projects and export contracts for proving the state guarantee to the national producers. Access to credits always is an incentive for domestic business. There is no need to enact taxes (taxes are a part of social sphere development); provide business with revolving credit fund and it is going to work and pay taxes. This is what it means for a State to become a business-partner.

-developing of easy and clear promotion mechanism for enterprises keeping the previous jobs and creating the new ones. In addition, it includes State incentive program for foreign businesspersons to bring their business to our country (this is how the Polish did).

All the state, law enforcement and judicial systems, its mechanisms have been ruined during the last 3,5 years under the guise of the reforms. Meanwhile they were not sticking to the rule “having ruined- build new”. The new system hasn’t been built, but the previous one had been ruined. Moreover, nobody has faced the responsibility for that. Incompetent persons have held the office of many of the key government positions. Foreign politicians have arrived in Ukraine very rapidly as flies to honey for fast dividends. The politicians, who use their mandate to achieve certain political aims, have leaded the Law enforcement authorities. Judicial system has been ruined as well the Law enforcement one. There still is not any single and clear reforming program as well as there are not any responsible people for that.

The recipe for creation of strong, smart, working state apparatus and judicial system is the following:

–Ukrainian nationality (born and grown in Ukraine. No invaders or guest performers.

Absence of political acquaintances or contacts.

-an ability to obtain a preferential credit in a state bank

-In case of corruption, bribes – 15 years of deprivation of liberty with full confiscation. The judgment should be public and clear. Anti-Corruption court is needed for this. The Ukrainians ought to choose it, not the foreigners, as the West offers. Nevertheless, the members of the Court should be not among the regular heroes and representatives of Maidan, but the highest-level specialists and should assume criminal liability for their choice.

-they should be appointed only with a public competition. No “consultations” or “counselling” with the authorities.

“The National Unity Round table” has to be hold in the country, so that it doesn’t become an ordinary declaration. The Round table must be attended by the President, the Prime-Minister, political parties leaders and they should sign the Memorandum of abiding by the previously mentioned norms. In case of a violation they must resign and end up their political activity at all publicly and forever. The Constitutional court will make the decision instead of them if they change their mind suddenly.

I understand, that the previously mentioned items look like a utopia considering Ukrainian collapse and realities today. However, the main premise, which can launch this process is: the huge amount of politicians, who are going to adhere to this ideology FOR REA, not only to declare that. They are going to explain the voters that “UKRAINE IS IN FAVOUR OF UKRAINE”. It does not mean singing the hymn, wearing vyshyvanka (part of traditional clothes), on the other hand, getting in the budget, and stealing funds. They ought to explain to the population in the easiest way what is HEALTHY EGOISM for the country, which has finally come to its senses, clarified its plans and announced to the world: “Enough! We are equal one among the equal”. Only then the population will support and lead the Ukrainian centrists to power.