What “vital day” the current authority is preparing for Ukraine? 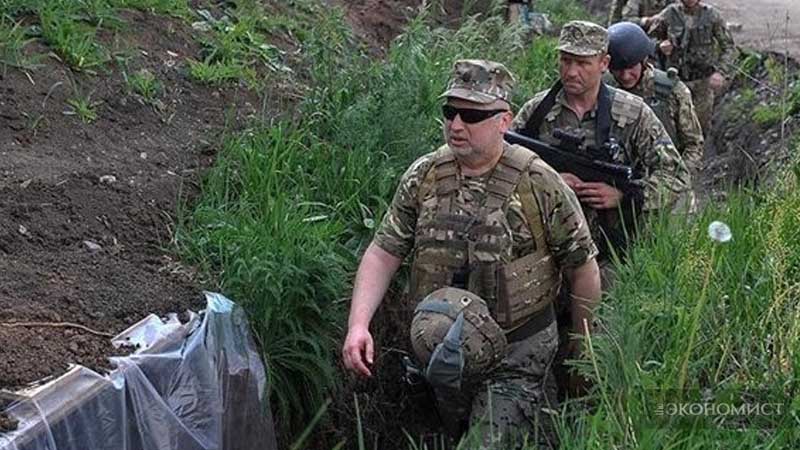 The secretary of the NSDCU (National Security and Defense Council of Ukraine) Turchynov, thinking that he jokes very «funny», claims, that the war will be finished when we will «conquer Moscow».

Bravura communiques of the last day, President Petro Poroshenko claims, that according to the decision of Stockholm arbitration court «Naftogaz Ukrainy» (an oil and gas company) was entitled to demand from Russian Gazprom(an energy company focused on production and sales of gas) the reduction in the price of gas under the contract in accordance with market conditions.

People’s Deputy and Avakov’s man Anton Gerashchenko stands up for the visa regime with Russia by a decision of the Ministry of Foreign Affairs in agreement with the head of state. All of these are «one-day thoughts» of politicians-temporary rulers, by the will of catastrophe that befell our state, who turned out to be at the wheel.

According to the decision of Stockholm arbitration court – we will see. First of all, we should wait for the official document, the authenticity of which will not cause even the slightest doubt, – noted Alexander Soloviev.

If Poroshenko is right, and Ukraine will have the opportunity to buy Russian gas cheaper, I’m just happy for all of us. By the way, I would like to ask: if Russian gas is cheaper for Ukrainians, will Poroshenko reduce his price for private consumers through the virtually controlled National Commission for State Regulation of Energy and Public Utilities? Probably, we should not comment on the geopolitical jokes of the NSDCU secretary. By the way, the level of his humor is likely to be assessed not only in Ukraine but also in other countries. The rhetorical question, whether an opinion of one of the leaders of Ukraine will be considered abroad, taking into account that it’s just a joke?

Certainly, Anton Gerashchenko is deeply indifferent to the problems of Ukrainian zarobitschan (guest workers) in Russia, who will become the main victims of the possible introduction of a visa regime with Russia. «The worse, the better» – this principle is guided by him and his fellow Ukrainian politicians.

Meanwhile, Ukraine’s real life is full of situations much closer to our ordinary people than the mythical current the reduction in the price for Russian gas, Turchinov’s dream of a parade on the Red Square and Gerashchenko’s visa deliberations, who does not aspire to Russia at all.

The prosecutor’s office of the Lviv region officially announced that domestic waste from Lviv was disposed of unappropriated places throughout Ukraine by carriers, although money was taken from municipal budget through bogus firms for garbage disposal. Specific facts of garbage disposal in Lviv, Kyiv, and Dnipropetrovsk regions are given.

First. Samopomich (Ukrainian political party), as far as is known, on the parliamentary elections was under the slogan “vizmi ta zrobi” (take and do it). The spread of garbage all over Ukraine, the contamination of our motherland, instead of the construction a waste-processing enterprise– is such a form of realization of the slogan?

Second. This is such a manifestation in the perverted form of patriotism, which «Samopomich» and the mayor of Lviv Sadoviy are proud of?

Third. On the 22 of May this year, the Cabinet of Ministers officially eliminated the sanitary and epidemiological service. It must be all right with epidemiology in our country, let alone sanitation – in this way it’s on the global level. Could regional prosecution of Lviv wonder what is happening to the hordes of rats in the places of illegal garbage disposal? These animals, as is known, do not recognize slogans about patriotism, but they are carriers of the most dangerous diseases, in particular, leptospirosis, it injures the human body when infection occurs through infected water or food.

Epidemics – they are near Ukraine, much closer than Turchinov’s dreams of Moscow.

In 2016, according to official statistics of the Ministry of Health, in Ukraine, more than 3000 cases of pertussis have been registered, which is 30% more than in 2015. In addition, seven unvaccinated children in the Dnipropetrovsk region died because of this disease. A well-known doctor, Dr. Evgeny Komarovsky, practically screams, stating that «an epidemic of diphtheria is possible at any time.»

For two years, there was no vaccine against pertussis, diphtheria, and tetanus until autumn of last year in Ukraine. Currently, an Indian DPT vaccine by the firm of «Serum Institute of India» is delivered to our country. But as soon as it began to be used, the doctors sounded the alarm about adverse reactions to vaccinations.

By the way, according to official data of the World Health Organization, today the vaccine coverage in Ukraine is the lowest in Europe. Vaccinations are the health of future generations of Ukrainians.

And garbage disposal, among other things, entail «joys», which are called the wise word «epizootic.» This is the level of spread of infectious diseases among one or many species of animals in a particular area, which they share with a human.

These problems are not dealt with. I see. It’s boring. It is much more interesting to dream about cheap gas, victorious parades, and visa stamps …