The right to protect or the right to crime: about the weapons legislation of Ukraine 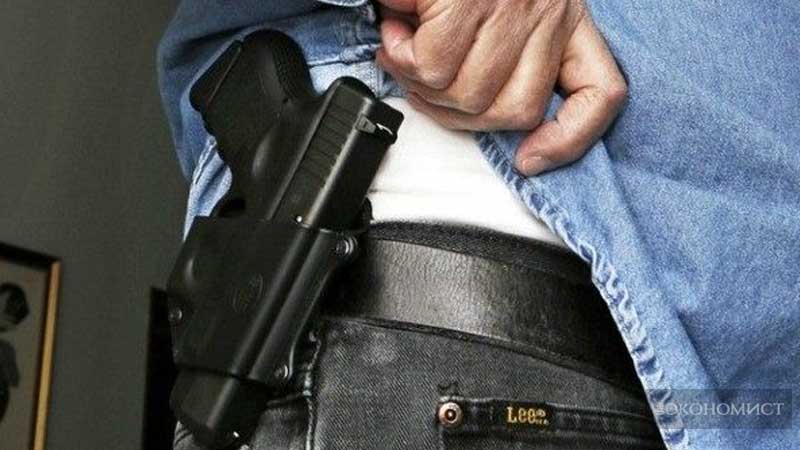 In Ukrainian society, a debate on the problems of the arms market, in particular, short-barreled, arose with renewed vigor. But, as before, this very topic raises heated discussions and disputes.

Let`s begin with the main thing: Ukraine is the only state in Europe where there is currently no comprehensive legal solution to all aspects of the firearms market — sales, purchases and security rules. Paradoxically, all the potentially dangerous sphere of arms circulation in our country is regulated by only one normative legal act — Instruction to the order of the Ministry of Internal Affairs of 28.08.1998 № 622.

This is an internal document of the Ministry of Internal Affairs, which, moreover, is «legally bound» to the Law on Property, which has become invalid since April 27, 2007. The instruction does not contain unambiguous, legally verified and exhaustive answers to many questions related to the acquisition and use of weapons, which potentially is a source of dangerous legal conflicts.

But the law, which should clearly regulate relations in the sphere of arms turnover, is virtually absent in Ukraine.

Sergei Pashinsky, chairman of the parliamentary committee for national security and defense, said that in the fall for the citizens of Ukraine some new legal circumstances will be formulated, how to dispose of weapons. It is assumed that not all citizens of our country will be given the right to own arms, but only certain categories: the corresponding bill is currently being developed with the participation of Pashinsky.

Of course, it is necessary to wait for the appearance of a ready-made bill, and only after that, it is comprehensively to analyze this document in all details, even as a prototype of the law. While this document is not finished and is not available to the public — there is really nothing to discuss.

But it makes sense to at least briefly react to those words from Pashinsky’s statement, in which he mentioned the need to identify certain categories of those who will receive the right to short-barreled weapons — who served in the army, the Ministry of Internal Affairs and the Security Service. This statement further confuses the situation, giving rise to questions that have not yet been answered. What is «served in the army»? Soldiers of conscripts, officers and generals, fired in the reserve or both? Served in the Soviet Army or only the army of Ukraine, or they will be added to those who fought in the armies of other countries of the world?

Questions are far from idle.

Let me remind you that on June 10, 2016, President Petro Poroshenko signed Decree No. 248/2016 «On Approval of the Regulations on Military Service in the Armed Forces of Ukraine by Foreigners and Stateless Persons.» The purpose of the document: the ordering, in accordance with the Law of Ukraine «On Military Duty and Military Service», the system for picking up the posts of the rank and file sergeant and sergeant-major of the military service under the contract of the Armed Forces of Ukraine by foreigners and stateless persons. A logical question arises: if the Ukrainian state officially takes for the exercise of military duties not citizens of Ukraine, is it really not worth to think and legally correctly formulate their potential right to own weapons outside of military service?

Clarity of Pashinsky’s words was not added by his party member’s statement on the «Narodniy Front», Interior Minister Arsen Avakov. On June 6, he said that the law, about which Pashinsky spoke, is not needed for Ukraine, for «the majority of Ukrainians» are against the free circulation of weapons.

One can agree with the opinion of the relevant minister that the weapon should in no case be reached by persons with unstable mentality, criminals, people with addictions and mental disorders. These words of Avakov would not sound so lightly if the Ukrainian society were confident that the Ministry of Internal Affairs was already doing everything possible so that people with potentially dangerous behavior did not really have access to weapons. But such confidence, of course, does not exist now.

Bills on the sale and carrying of firearms from time to time appeared for the entire period of Ukraine’s independence. But none of the documents on weapons registered in the parliament was ever adopted, including the Ukrainian Association of Arms Owners «About Civil Weapons and Ammunition», developed several years ago.

Under the petition in his support, the necessary number of signatures of citizens was collected on the website of the President of Ukraine.

The leitmotiv of the bill, in contrast to the idea of ​​Pashinsky’s document, is the equal right of all individuals to own weapons. For the full realization of this right, no privileges or restrictions on any grounds are assumed, except for contra-indications on the parameters of safety protection and medical contra-indications adopted throughout the world. The right to arms should ensure the ability of an individual to protect life, health, property — his and other people’s interests, the interests of the state or society from socially dangerous unlawful encroachments. But this bill was actually discarded by the authorities.

Peter Poroshenko himself has repeatedly expressed the opinion that only Ukrainian law enforcers should have the monopoly right to carry and use weapons. In different situations this idea was somehow sounded.

Yes, the state should have a monopoly on the use of force. And this monopoly provides only that the state, unlike all types of other public organizations and institutions, is the main and sole bearer of political power. The main purpose of the state is to limit individual interests of people, transform them into ordered needs and thereby ensure the freedom of society and the individual in situations of abuse of power. It is clear that in order to fulfill these tasks, the state and itself must use force.

But the human right to own and use weapons does not in any way contradict the state’s monopoly on the use of force. I repeat once again my principled position that the right to arms is equal to the right to self-defense. Its purpose is to ensure the possibility of an individual to protect life, health, property — and his and other people’s interests, from the state or society, from socially dangerous unlawful encroachments.

If you follow the motto of the bill Pashinsky, then he does not solve this problem. While there is no document, we can assume that, in fact, we are talking about the allocation of a certain caste of forces who have a monopoly on short-barreled. If this is the case, then such an approach will be a direct and obvious violation of Article 24 of the Constitution of Ukraine, which states that citizens have identical constitutional rights and freedoms and are equally equal before the law. And according to Pashinsky’s logic, it may happen that one of our citizens will be allowed to arm themselves, sharply increasing thereby the scope of their rights, while others will be reduced, on the contrary, because they will actually deprive themselves of the right to self-defense.

The singling out of the forces in a separate caste and their armament indicates that the authorities are growing in fear of their own people. The desire to retain the «monopoly on violence» in its hands proves: the authorities see an adversary, not a partner, in an armed civil society.

The Ministry of Internal Affairs is the decisive opponent of such reforms, first of all. After all, this department actively uses its monopoly position in the field of licensing of arms trade. This is the exclusive right to provide armed security services, and corruption in the system of issuing permits for the acquisition of weapons to citizens, and the establishment of «sky-high» prices for weapons and ammunition, and uncontrolled issuance of award weapons, and etc.

It is clear that today’s situation more than suits the employees of the internal affairs bodies. Therefore, they continue to hide behind standard excuses about the lack of weapons culture among the population and refer to the inadmissibility of free circulation of weapons in the war in the east of the country.

At the same time, the authorities completely ignore the experience of those post-socialist countries, where, despite the same level of weapons culture as in Ukraine, at one time they decided to adopt arms legislation. As a result: in Moldova, crime declined by 50% in several years, crime in Poland decreased by 34%, in Slovenia — by 50%, and in the Baltic countries — by 40%. Indicative here and the example of England, where there is an opposite situation. After the ban in 1997 of short-barreled weapons in just a few years, the number of robberies increased by 45%, and murder — by 54% compared to 1996.

As for the armed conflict in the Donbass, as one of the obstacles to free circulation of arms, this issue is also very controversial.

The problem with weapons in our state has really sharply escalated after the emergence of an armed conflict in the east. It was the one which catalyzed the revival of the discussions for legitimizing the right to arms. After all, the flow of illegal weapons from the war zone can be assessed as an opportunity to arm out of the law to anyone who wants to.

The Swiss arms project Small Arms Survey estimated the volume of illegal weapons in Ukraine from 2 to 6 million units. But law-abiding citizens, despite the uniquely increased threat of being targeted by an armed attack, are now virtually defenseless.

In this situation again the example of Moldova is indicative. The military conflict in Transnistria did not prevent the adoption of arms legislation in this country. On the contrary, it was he who became one of the catalysts for the decision to enter the arms market. And, according to statistics, this has brought positive results: the level of crime has fallen significantly.

This year, the budget of the Ministry of Internal Affairs is more than 46 billion hryvnias. This is a colossal amount of money for such a poor, economically «ruined» Ukraine. But the money saved could be unequivocally directed to medicine, education, science, social sphere — they will bring more benefit to an ordinary citizen.

Ukraine needs the Law. The law with a capital letter. The law that won`t leave any questions, unambiguously interpreting: who, from what age, on what grounds, under what conditions, what weapon could be owned and under what circumstances to use. And this law should be the same for everyone. Only under such conditions it will bring benefits to our state and will be able to put an end to this long-standing debate and disputes.

We must finally understand that the legal weapons of citizens are a means of self-defense and individual defense. The data of world statistics on the introduction of the free arms market directly prove that legalization of possession of weapons is disciplined by society. The higher the level of legal armament of the population, the higher the level of democracy in the country, the social responsibility to society and citizens.

It is possible to cover for a long time with the lack of weapons culture, and finally, at the state level, it is possible to create this culture itself, develop and educate it at the state level. The authorities must finally realize that civil society is not an enemy of the state, but its partner. A legally armed society is no longer just a partner, but a strong and disciplined ally.