Pension reform upon request from IMF: what is the government going to do? 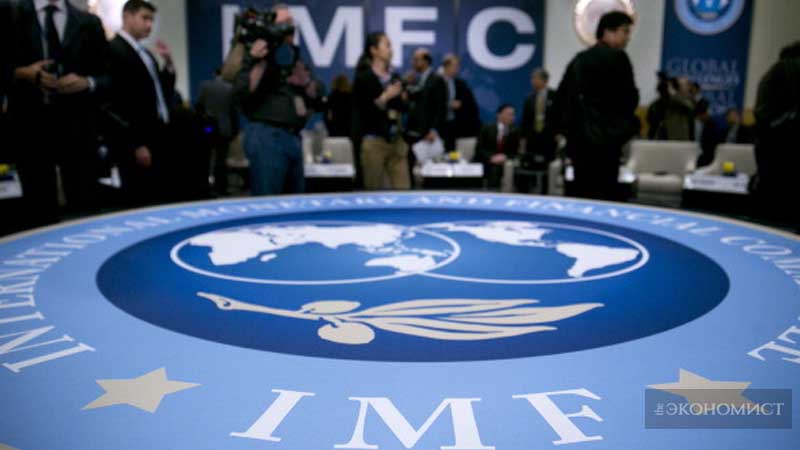 The Prime Minister of Ukraine Volodymyr Groysman informed, that the National Reform Council received for consideration a draft law regarding pension reform. It should be reminded that it is the pension reform that is considered one of the crucial conditions, which the Ukrainian Government should realize according to the International Monetary Fund (IMF) recommendations to continue the further cooperation with the organization.

There is no exact information now whether IMF supported the pension reform, which was harmonized with Groysman’s team.

The 29th of May the information agency “The Ukrainian News” reported invoking the government source, that “The International Monetary Fund did not harmonize the pension reform, which The Cabinet of Ministers prepared”.

An important detail is stated: “the fund is firmly against the pension taxation abolition for working retirees and does not support the pension modernization”.

But the 1st of June Andriy Reva, who is the minister of social politics, declared that “a common information about the failure of the talks regarding pension reform between IMF and the World Bank is not true”. This message was published by the Government portal, which is the official member of The Cabinet of Ministers, what reflects its relevance.

This history continued up to the 4th of June, when the information agency “Interfax-Ukraine” quoted the message of the Government press office of social politics: “IMF and the World bank express their support to the government draft law regarding Ukrainian pension system reform”.

There is no reason to assume this history to be over, moreover, to draw conclusions that any clarity has appeared regarding pension reform.

There is no any official commentary said neither by IMF, nor by the World Bank and that is why Ukrainian officials’ statements may just appear empty rhetoric as well as the attempts “to push” the west partners to voice their opinion publicly.

Today we are able only to analyze the publicly available information at least to answer the two main questions tentatively. Whether this reform appears genuinely useful for the retirees? Or its task is only to become “another notch” in the plan of IMF requirements for obtaining regular credits funds.

There are no doubts that Ukraine needs the pension reform for a long time. The Ukrainians get one of the lowest pension in Europe. Most of retirees live from hand to mouth. Approximately 8 millions of the Ukrainians gain the minimal pension (1300 UAH), which is not enough to pay a half of average Ukrainian resident’s economic needs.

What’s more, the situation is getting worse with each passing year. If we also consider reducing of the average life expectancy in Ukraine so that we can see the situation looks truly badly.  Many pensioners, having retired at the age of 60, are not able at least to live their lives even at a deserved rest. Although such an existence can be rather called a survival, not the fulfilling life.

Analyze of documents, where the reform should be reflected and set out.

One can found the following information in the memorandum of economic and financial politics, which was published by IMF as part of the report dated the 17th of April, 2017: Ukraine should have adopted the reform by the end of April, 2017. This deadline had already passed. According to this document,  the pension reform should enter into force from the 1st of January, 2018. The document refers that it should demonstrate the brand new ways to retire, involving a wide range of choice for a retiree himself concerning an age choice for retirement, taking into account experience and ability to realize the extra pension payments.

It is hardy said anything wrong in this Memorandum at a glance, in fact in the chapter, which is dedicated to pension reform. On the other hand, it is important to note the other document – a press release based on the report made by Executive Board of IMF in Ukraine. Here one can find the following statement: “They (Executive board Directors) urged  the authorities to adopt without further delay a comprehensive pension reform, including to increase the effective retirement age, to address the pension fund’s large deficits and create room for better pensions”.

It is obvious to everyone, who understands this English bureaucratic formulation, that IMF urges Ukrainian authorities to increase pension age as part of the complex pension reform. It clarifies that the increasing of pension age still exists in IMF’s official documents.

As a conclusion, one should admit: it is absolutely logical, that scheduled pension reform (instead of its importance and officials’ calming statements of the Cabinet of Ministers, leaded by Groysman) keeps one part of population frightened, the other one – stressed. Justified people fear that the Ukrainian authorities in a voluntary or compulsory way will take a radical step to implement IMF’s requirements, which rarely meet citizens’ interests, frankly speaking. Increasing of pension age is one of such steps. People understand that it is ridiculous to increase pension age, taking into consideration people’s life expectancy.

Explaining such behavior, many of domestic politicians and experts often give as an example the European countries, where the pension age is even several years higher – approximately 65 years depending on the country. But they also often “forget” to notice that the life expectancy there is much higher than in Ukraine (nearly 10 years).

Talking about other elements of pension reform one should point out that among the steps, which the Cabinets of ministers is going to take, is tightening the criteria of obtaining the minimal pension. It is planned to raise the barrier for retirement so that the needed experience for the ability to retire will be 35 years. The amount of the pension does not complies with even human’s minimal economic rights needs. Moreover, these criteria are going to tighten.

That’s not the point. It is oddly enough that according to the published in the newspaper “Today” calculation, we have ”More that 90 percent of the Ukrainians aged 60 can claim the pension in 2018, but only 55 percent will claim in 2028”.

Consequently, for a certain range of population  the pension age will be increased for long-term “automatically” without its official increasing at the State Level. It is a capable manipulation.

The changes for the worse also affect the category of citizens, whose specialization includes the right to retire in earlier age. Such right usually have those, who worked in especially hard and harmful conditions, health care and power structure workers etc.

The authorities plan to abolish the retirement for a whole range of specialists. As for the rest, employers are obliged to pay for their employees’ early retirement in a way of increasing the social contribution. It is not hard to foresee what is such a cynical proposal going to provoke. E.g. another strengthening of tax pressure concerning entrepreneurs as well as pushing them to legal workers’ official resignation, who will be made to get paid “under the table”.

No doubts, that is just a small part of what we should expect. Overall, we can talk about the general policy of retirement requirements tightening.

This is actually, what the IMF desires. There is no complex approach to solution of the pension problem. Because the solution is not in the “fire brigade” working mode, but in sustained efforts, concerning the revival of the economy, which does not exist now and this is what we cannot expect from Groysman’s team already.