Grigoriy Mamka: congress of those who call themselves to be reformers 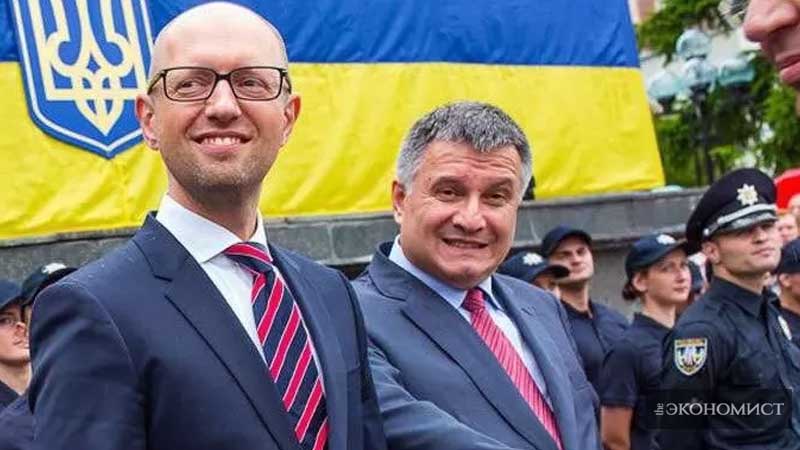 DOES people’s front have any moral right to tell how the whole country should live? the press service reports that the DEPUTY CHIEF OF THE MAIN DEPartment OF THE MIA OF UKRAINE and honored lawyer of ukraine is ready to express his opinion about this metter

There was one political event previous week, which although was artificially held.  Yatsenuk and coalition had organized the congress of People’s Front. It was the first one since sitting in ambush and waiting began in 2014. The big shooting campaign was completed by oligarchic and party media so that everybody could be informed about this occasion. According to the independent internet sources, it was Arseniy Yatsenuk who offered the idea of such spreading data at every turn.

This meeting was very important in terms of future elections and scandal Azarov’s backpacks story. As they say, this all is about focus shifting. Congress planned no personnel actions. The only purpose was to give a certain message to Bloc Petro Poroshenko’s «Solidarity» party and party members themselves.  The very message outlined they were alive, high-powered and aimed at everyone’s service all the time. Price of the question and divided Ukraine weren’t in top to discuss. It was coming back to the equal government trough feeding which only interested meeting members.

Convention was held in the National Art and Culture Museum Complex “Mystetskyi Arsenal” that is managed by the State Administration of Affairs.

Somehow, journalists didn’t even mention high commercial prices of the Mystetskyi Arsenal rent while commenting on the People’s Front congress.  It seems the price can differ in some case. Conclusion made in 2016 show that organization had 3 080 UAH as losses. Surely, what even to mention about rental income when so many People’s Front members are trying to hold their pathetic conventions there. What rent did they pay? Or they had it for free? On the other hand, the Center of Arts «Ukrainian House» refuses renting its building to oppositional  «Fatherland» or Batkivshchyna party almost up to the day of a their meeting. Due to our government, one who has the access to the trough is a winner’s principle is becoming more cynical and larger-scale now.

Ministry of internal affairs and Yatsenuk’s colleague,  Arsen Avakov said he wanted to make eliminating the duality of power enter Ukrainian Constitution. He confirmed his point with that president wasn’t able to deal with executive power questions. ″There can be no dual subordination to the government and president and dual command of one or two organizations is impossible either″, he said.  Well done, nothing to add.  But there are some nuances. One would speak about command of the state organization in favor of political interests and even swing on the changes to the Constitution, whoever he was, but not Avakov.

Let’s recall the public service law which was adopted in 2015. Nationality was told that party slavery for officials would end. People’s Front and Bloc Petro Poroshenko’s «Solidarity» party promised that. The struggler for justice, Mustafa Nayem, was especially remembered then. ″Officials wouldn’t be a hostage to the political situation anymore″, they said. But a gift in the hand is better than two promises. However, we chose second. So after adopting new law and the requirements of political neutrality, what we really got was a division into political and administrative positions, which led to the ministers, prosecutors, secretary of the National Security and Defense Council, deputies of all levels.

Nobody noticed that the term of political position is legally and ethically incorrect. So now we are watching all these officials to attend such conventions as People Front’s one.

Realization of functions and country aims is the main duty of these political leaders. That is the thing they get paid for. And a priori they have to be politically neutral. Here is a pun. Representatives of the Prosecutor General’s Office, ministers, the head of the National Security and Defense Council, chairmen of parliamentary committees, etc. are, in fact, serving to a particular party.

There is no European politic able to understand that, but we take it as a norm. I remember everybody was possessed that new Institute of State Secretaries would help to get rid of deep influence of ministry politics. So would the so-called «administrative posts» mentioned above.

Since 1st of January state secretaries with apolitical status, but minister power, emerged in some ministries. But all public activists and journalists were shocked after analyzing their personal information.  Here is one of such analysis

So didn’t power dualism, lustration or Yatsenuk colleagues affect during such appointments?  Did these secretary positions really help to pure state apparatus?

Doubtless, we could interpret Yatsenuk’s massages which were heard at the convention for a very long time. But they can be interesting only for political party itself. The impression is that today’s politicians in power live at the regular, carefully constructed another world, that is called Zaderkallii.

They boast of each other’s reforms and some ephemeral achievements at the congresses without noticing the scale of the ruin they turned the country into just during the last three years.

In fact, the appointment of new «correct» officials and members of the Cabinet in line with party quotas has turned the state apparatus into a miserable parody. The work of many ministries is based on the plan of service to particular parties, whose members are ministers.

Well, the struggle in the terrarium of former like-minded people continues. We are waiting ahead 2018 — the year preceding the election, the year of refined populism.

Opponents have a lot to say to People’s Front and find the moment to throw it all into their faces. and the memory of the people is still fresh. No PR-technologist will help. And according to the laws of the political genre, this will definitely be done.

The future of the current successful «reformers» and residents of the Zazerkaliia is unknown.This country has seen many leaders sure in their inviolability and purity. They did the mistake, so does the history itself repeat?