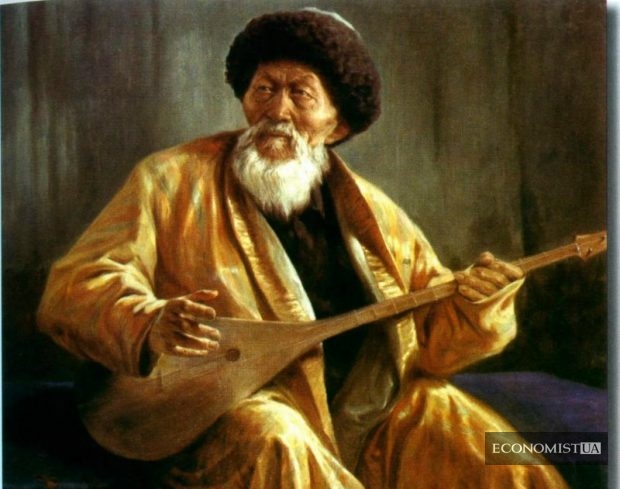 I carefully read the petition with a call to rename Zhambyl Zhabayev Street in Kiev to George Floyd Street.

The famous French sociologist Pierre Bourdieu introduced a “habitus” notion. This broad concept defines social space of ideas, thoughts, values, stereotypes and practices. This is a kind of mental-cognitive dome in which a person exists. Therefore, when we look at historic layers, we have to look not from the perspective of today, but using the perspective of the concrete chronological segment in which that history developed. It is absolutely not necessary to equate what happened in the past and how it happens in the present.

At the time when Martin Luther King Jr. gave his famous speech “I have a dream…” on the black Americans rights on August 28, 1963 on the stairs of the Lincoln Memorial, nuclear tests had been continued in Kazakhstan. Their total power by that time was 2.5 thousand times higher than the nuclear bomb dropped on Hiroshima. This was a footprint of the totalitarian regime to erase which Kazakhstan had to go and come over a long way.

I recall a prominent British writer Virginia Wolf (1882-1941) whose masterpieces are among the 100 stories that shaped the world by the BBC opinion. She is the author of the idyllic novel about lost time “To the Lighthouse”. It talks about how the children persuaded their father to take them to the lighthouse, but a long time passed, various events and even deaths were layered until they could get there, when the father finally found time for this.

Having mentioned all of the above, for Kazakhstan — democracy, liberalism have been a beacon since the time of the existence of the Alash Orda autonomy (1917-1920). The independence and statehood of Kazakhstan could have started even earlier than Mustafa Kemal Ata Turk created the Republic of Turkey in 1923.

The journey to the cherished “lighthouse” was postponed for 70 years, but life did not stop within these years. Most importantly, it was necessary to preserve its own national identity and language. And each process has its own price. Kazakh leaders, starting with Ablai Khan (1711—1781), Great Abai (1845-1904), Akhmet Baitursynov (1872-1937) and government officials of Alash Orda, and finally Zhambyl Zhabayev (1846-1945), had to act as these beacons so that the Kazakhs could achieve their long-awaited freedom.

Today, the United States is that sought-after Lighthouse, which people look at and which they seek to navigate so not to crash on the reefs of modern challenges. There are high expectations from what the United States will be able to do within the framework of the «America is Back» course, from the meeting of the presidents of the United States and Russian Federation, from the fact that the processes of deep modernization from the old archaic to democracy take place with the minimization of the social cost.

Zhambyl Zhabayev for Kazakhstan is like Taras Shevchenko for the Ukraine. Both anchored the foundations of the cultural, ethnic and linguistic identity of their nations at a turning point in history, in the most difficult period, when the existence of the nations they represented was under threat. Their experience and contribution are precious. In Kazakhstan, where decommunization touched upon the names of many streets, but didn’t affect Taras Shevchenko street in various cities. For example, in Almaty the Shevchenko and Zhambyl streets run in parallel. The famous building of the National Academy of Sciences of the Republic of Kazakhstan is located on Shevchenko Street. Monuments to Shevchenko’s memory exist in many cities of Kazakhstan including in Mangistau region where he was in exile.

I am confident that the United States of America, that announced a return to the system of multilateral international relations, will demonstrate its national greatness. US support of the prominent personalities that preserved national identity like Zhambyl Zhabayev serves as a symbol of independent state and nation building. While national resilience is embodied in the ability to integrate historic achievement and heritage into the current context.

Thanks to the Bolashak presidential educational program, thousands of Kazakhstanis had the opportunity to study in the United States and other Western countries. My sister had a brilliant study experience in the George Washington University and witnessed the inauguration of President Barack Obama in 2009 at the National Mall. Moreover, as a graduate of the university, she has a personal brick as an alumnus in the center of D.C. As it also turned out, our blood relatives live in the USA. To me, these are the examples of the interconnectedness of the world and the appealing anchors of the bilateral connections between the countries (aka public diplomacy). Likewise, Zhambyl Zhabayev monument in Kiyv is a symbol of Kazakhstani-Ukrainian friendship and solidarity.

Kazakh-Ukrainian relations are gaining height again today. We have a lot in common, more than we can even imagine. In the Kherson archive, materials about Kazakh special settlers were found, which is a sensational discovery! Because everyone thought that people were exiled only to the Kazakh steppes, but it turned out that some fates of the Kazakhs in the difficult years of repression and persecution were associated with the Ukraine. Famine in the steppe, ‘Asharshylyk’ in Kazakh, destroyed half of the population. Kazakhs were on the brink of extinction, but survived, including in the World War II (1939-1945). And never betrayed anyone!

And all of this is thanks to our Great ancestors! Therefore, today we bow before the Great Zhambyl Zhabayev and we are grateful to the Ukrainian people for the fact that a street is named in his honor and a monument is erected in the capital of Ukraine!

Sergey Konovalov,
Professor, Doctor of Sociology
Minister-counselor of the Embassy of the Republic of Kazakhstan in Ukraine