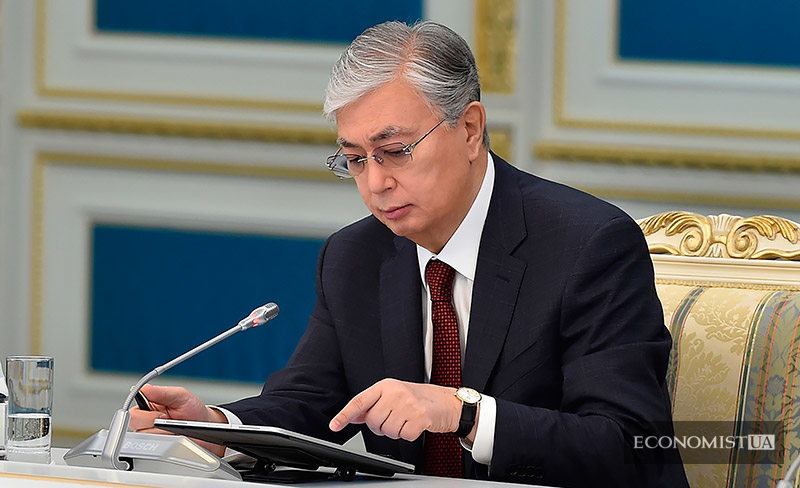 Kazakh President Kassym-Jomart Tokayev signed a decree “On further human rights measures in Kazakhstan” into law on June 9, reported the The Astana Times.

“An important stage of political modernization is a further implementation of concrete measures in the field of human rights. A corresponding decree was signed today. The government has been instructed to adopt an Urgent Action Plan for its implementation,” said Tokayev on his official Twitter page.

According to the decree, the human rights priority action plan includes measures improving the mechanisms of cooperation with the United Nations (UN) treaty bodies and the UN Human Rights Council, as well as enhancing the protection of the rights of human trafficking victims and citizens with disabilities.

The elimination of discrimination against women, protection of freedom of association, freedom of expression and freedom to life and public order are highlighted as priority areas. In addition, an increase in the efficiency of interaction with non-governmental organizations and bringing forth the human rights agenda in the criminal justice system for the prevention of torture and ill-treatment are also incorporated into the plan.

On his Telegram channel, Aide to the Kazakh President Erlan Karin reflected on previous human rights reforms initiated by Tokayev, including the abolition of the death penalty in late 2019. Karin pointed out a consistent focus on the importance of regulations against cyberbullying, human trafficking, torture, staff misconduct in penitentiary institutions and gender discrimination in Tokayev’s state-of-the-nation addresses and meetings with the National Council of Public Trust.

“The significance of this decree lies in the fact that with its ratification, the human rights theme is finally incorporated as one of the basic priorities of state policy. The implementation of all the provisions enshrined in today’s decree will foster a comprehensive modernization of the human rights sphere and will become our next step towards building a just and progressive state,” said Karin.

President of the Charter for Human Rights Public Fund Zhemis Turmagambetova stated that the relevance of the human rights issue and that the decree presents an opportunity to transform the issue from an abstract problem into a practical matter with efficient solutions. According to Turmagambetova, the current legislative system needs modernization and reforms to make it more well-structured.

“It is the government’s turn to develop plans for the implementation of the decree. It must clearly follow the principles of a responsive government. This process should take place in a constructive partnership between government agencies and civil society, national and international experts and scientists. Civil society has something to contribute to the matter,” said Turmagambetova.

Ambassador at Large for Human Rights at the Kazakh Ministry of Foreign Affairs Usen Suleimen noted the direct relationship between human rights development and economic competitiveness of a country on the global market. Protection of human rights ensures a stable low-risk economic environment for potential foreign investors.

“The step taken by the President is an important strategic decision aimed at strengthening the economic side of Kazakhstan’s development. We can expect the bolstering of economic relations with the countries of Europe, America and Asia leading up to the formation of a powerful regional economy. However, it largely depends on the implementation of the action plan and on the dialogue with civil society,” said Suleimen.

The decree came into effect after its signing and its implementation will be monitored and enforced by the Administration of the President. The results of the action plan are expected to be discussed annually on January 25.