CPC’s third resolution on history and its future-looking plenum 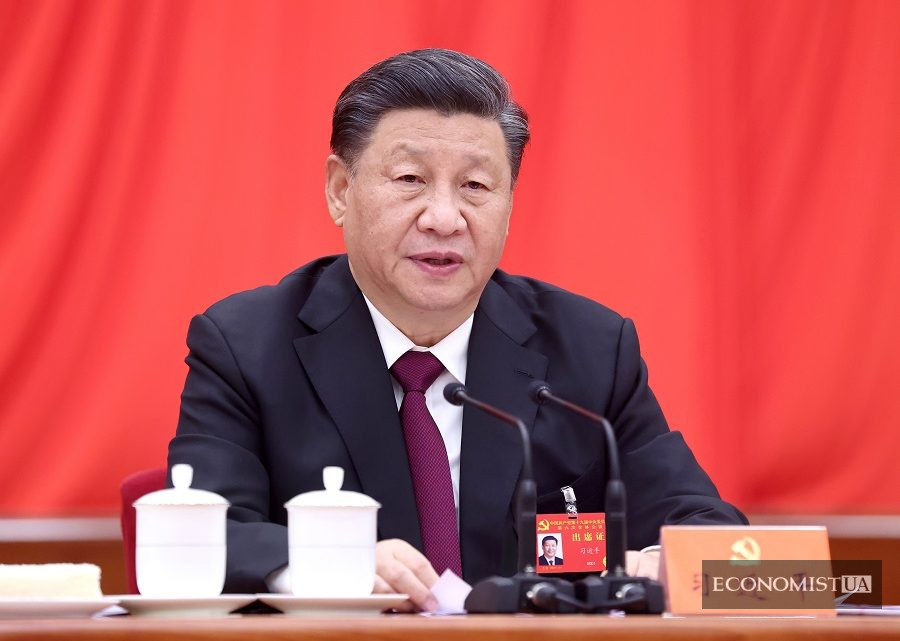 It was a meeting much about the past as it was about the future. From Nov. 8 to 11, political heavyweights of the Communist Party of China (CPC), the world’s largest ruling party, convened a high-profile meeting in Beijing — the sixth plenary session of the 19th CPC Central Committee — at which a resolution on historical issues was adopted.

The 30,000-plus-character Resolution on the Major Achievements and Historical Experience of the Party over the Past Century, is only the third of its kind in the Party’s 100-year history: the first in 1945 before the victory in the War of Resistance against Japanese Aggression, and the second in 1981 with the advent of the reform and opening-up drive.

The timing of the third resolution has its own historical significance. In 2021, the CPC celebrated its centenary, announced the completion of building a moderately prosperous society in all respects — known in China as the First Centenary Goal — and is leading the nation toward building a great modern socialist country — the Second Centenary Goal — by the mid-21st century.

Sitting in the audience were Party cadres and officials, including more than 300 members and alternate members of the CPC Central Committee, as well as some grassroots delegates to the 19th CPC National Congress and experts and scholars.

Xi said the Political Bureau, while advancing work in all areas, focused on three major things over the past year: the CPC centenary celebration, Party history learning and education campaign, and the preparation for the sixth plenary session of the 19th CPC Central Committee. 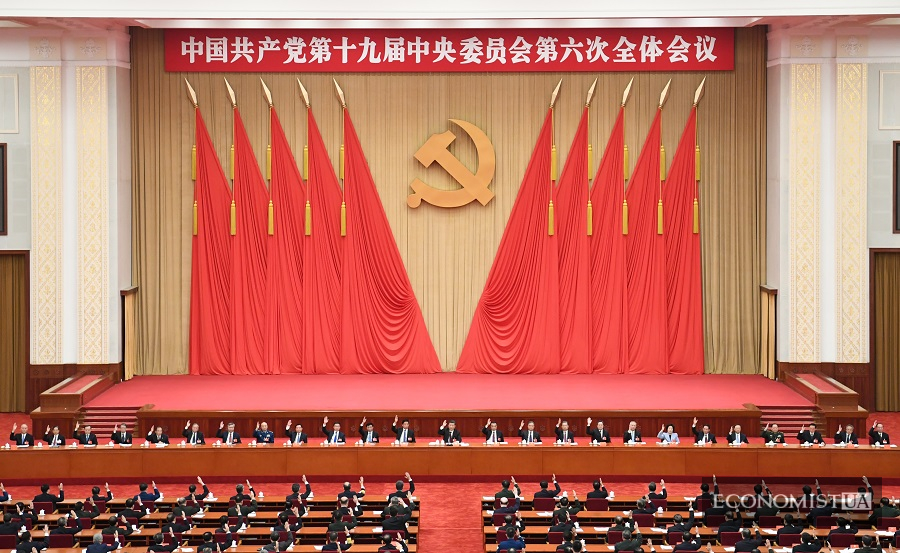 All these three activities centered on a single topic — history.

As an ancient Chinese saying goes: with history as a mirror, one can understand the rise and fall of a state.

Xi told the plenum that summarizing the Party’s major achievements and historical experience over the past century was of great significance to further unifying the thinking, will and action of the whole Party.

This, Xi said, will help the Party unite and lead the nation to secure the great success of socialism with Chinese characteristics in the new era.

«Standing at a new historical starting point, we review the past and look to the future,» Xi said when he explained the Party leadership’s considerations on the theme of the plenum.

«Everyone at the plenum shared the sentiment that a great historical responsibility has fallen upon our shoulders,» said a CPC Central Committee member. «We feel that the resolution is bound to have a profound influence on the future of the Party’s and nation’s causes.»

«It is a resolution that connects the past, present and future,» said a plenum attendee.

During the plenum, attendees were divided into 10 groups for deliberation on the draft documents. There were often heated discussions. 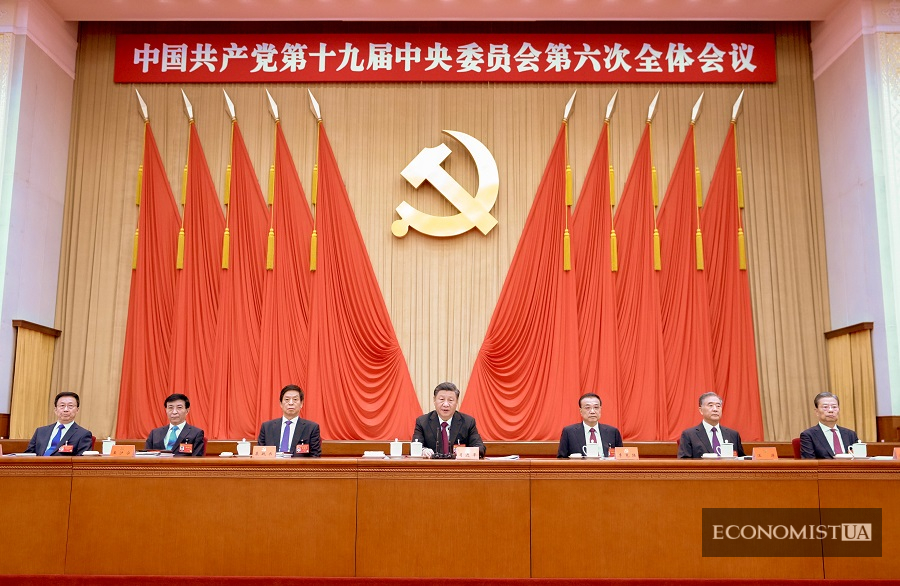 But all agreed that the historic achievements since the 18th Party Congress, as summarized in the resolution in 13 aspects, have provided robust institutional conditions, strong material foundations and a source of inspiration for advancing the cause of national rejuvenation.

They all felt very strongly about one particular statement in the resolution:

— Xi Jinping Thought on Socialism with Chinese Characteristics for a New Era is the Marxism of contemporary China and of the 21st century. It embodies the best of the Chinese culture and ethos in our times and represents a new breakthrough in adapting Marxism to the Chinese context.

— The Party has established Comrade Xi Jinping’s core position on the Party Central Committee and in the Party as a whole and defined the guiding role of Xi Jinping Thought on Socialism with Chinese Characteristics for a New Era. This reflects the common will of the Party, the armed forces and the Chinese people of all ethnic groups, and is of decisive significance for advancing the cause of the Party and the country in the new era and for driving forward the historic process of national rejuvenation.

The attendees said this is an answer to the call of the times, and a significant political judgment made in response to not only the Party’s common will but also the people’s common aspirations.

Also included in the resolution were five aspects of the historical significance of the Party’s endeavors over the past century, and 10 pieces of historical experience.

This content reflects the secret behind the Party’s success. For instance, the principles of staying independent, breaking new ground and standing up for ourselves, all are deeply rooted in the Party’s history and still bear great immediate significance.

On the last day of the session, Xi presided over a plenary meeting of the session at which the resolution was unanimously endorsed by every CPC Central Committee member in attendance. Thunderous applause broke out and resonated inside the Great Hall of the People.

The meeting then passed a resolution on convening the 20th National Congress of the CPC in the second half of 2022 in Beijing.

The sixth plenary session of the 19th Communist Party of China Central Committee is held in Beijing, capital of China, from Nov. 8 to 11, 2021. (Xinhua/Yan Yan)

The communique of the plenum was also adopted.

After that, Xi delivered an important speech on behalf of the Political Bureau on studying and implementing the spirit of the plenum.

«The Party was chosen by history and the people, and it has lived up to their choice,» Xi said, adding that there would be no national rejuvenation without the CPC.

The resolution particularly emphasized the importance of strengthening the Party’s centralized, unified leadership, Xi said, explaining that the aim is to demand everyone in the CPC to align with its central committee, unify the Party as «a solid piece of iron» and march forward in unison.

Xi also stressed the need for «great struggle» and «even more arduous and strenuous efforts» and asked Party members to pay close attention to all sorts of «major risks» and take effective measures to fend off and resolve them.

«With all the great achievements over the past century, our Party has won much praise from both inside and outside the Party, from home and abroad,» Xi said. 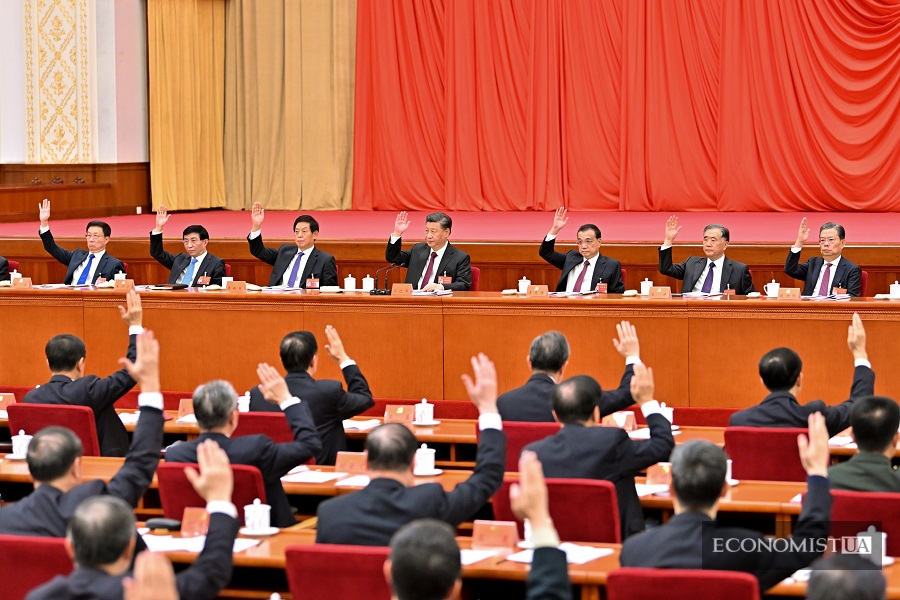 «It is particularly in these circumstances that we must promote the spirit of self-reform even more. We can never allow ourselves to get carried away by the applause,» he added.

In 1945, when the Party’s first resolution on history was passed, Mao Zedong issued the call for Party-wide unity like members of a family.

In 1981, when the second such resolution was passed, Deng Xiaoping emphasized its importance in unifying the thoughts in the Party.

In 2021, upon the passing of the third resolution, Xi urged all Party members to maintain strategic resolve, focus on strategic targets and bear in mind the country’s most fundamental interests.